When Hogan was brought in to SG Rob.Co. back in April it would not have surprised me if he did not make it through that first night. He was in awful shape.

Some good samaritans brought him in after seeing him stumbling around their neighborhood for a few weeks. He could not stand up at this point and looked like a horror film creature. He seemed to sense we were trying to help him but he had nothing left to give. While his rescuers held him I did his vaccines and looked him over. Open sores, wounds, almost no hair, skin & bones from lack of nutrition, and festered eyes, Hogan was not a “looker”. After giving him antibiotics, rubbing ointment on his sores, and making him a big, soft pallet of blankets to rest on we laid him down and left him while paperwork was filled out.

Once alone with Hogan, I started talking to him as I made his food. Telling him that he was going to make it and I knew he was a fighter to get this far. When the food was placed in his area… his nose begin to twitch. Slowly he started dragging himself up and let me help him to the bowl.
Down went the food and what seemed like a gallon of water. Laughing, I told him he was my hero and his name was now Hogan. Hogan promptly used the bathroom, flopped down on his bed and slept 16 hours! That happened a lot over the next few weeks with his foster mom. He underwent several costly eye surgeries to correct his vision and was
neutered.

Slowly but surely Hogan began to heal. Physically and mentally. Then the best part of all….Hogan found his own hero at his adoption this summer. Hogan is one of many emaciated, parasite infested, physically, and mentally exhausted dogs that start their healing journey at the Saving Grace hub here in Robeson County. The work gets completed at SG Wake Forest. It often takes months of care before the animal is ready to be adopted into a loving home. The costs associated with this type of care are very high but the reward of seeing the transformation is so worth it. Just look at our boy now! 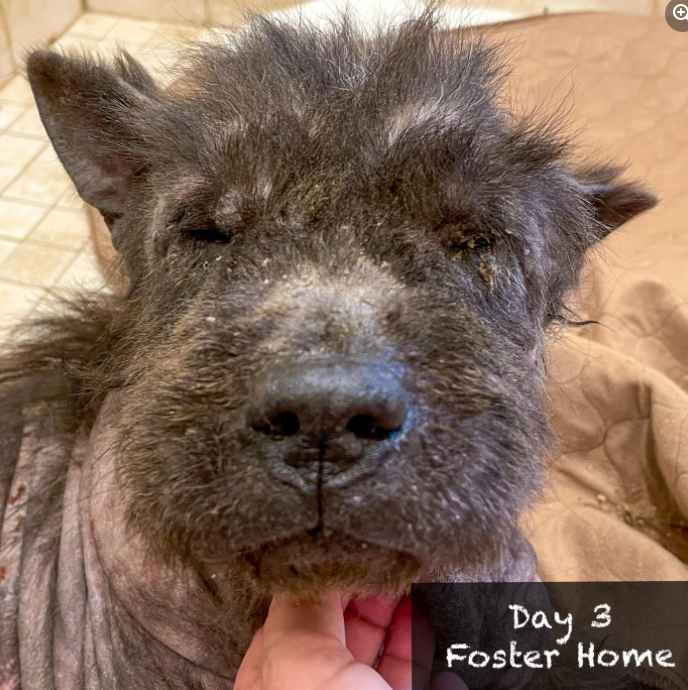 And here is Hogan just before he was adopted in the summer of 2021!! 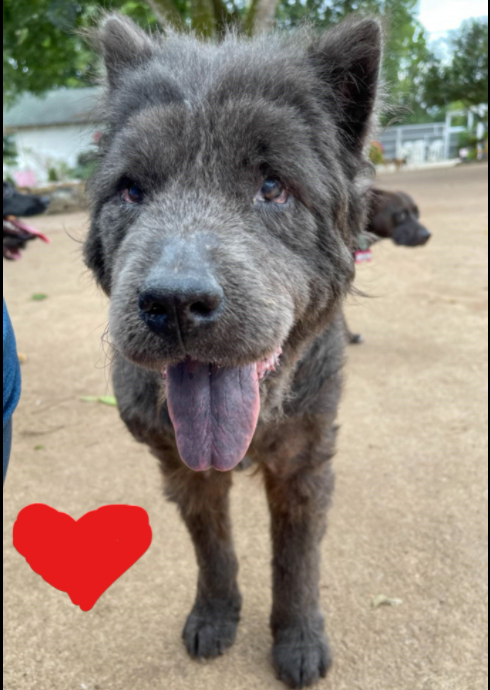